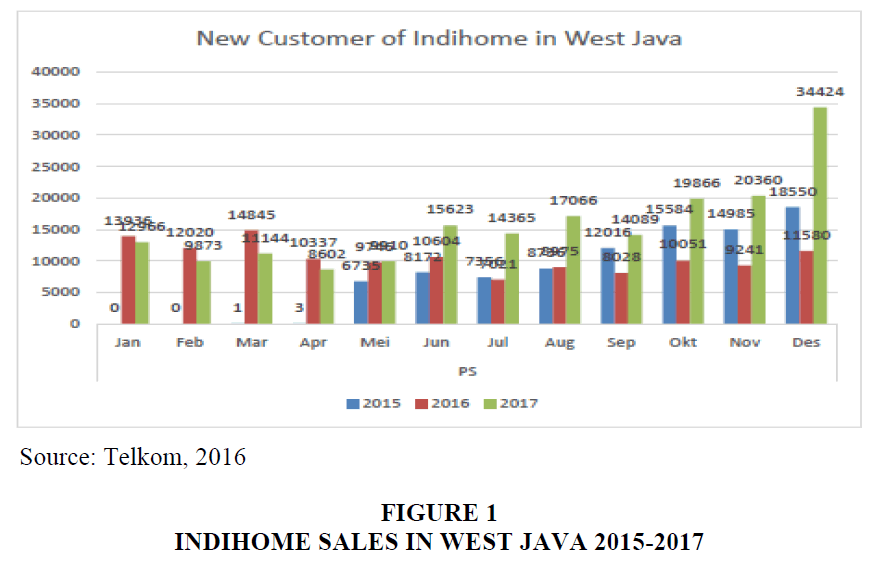 The digital telecommunication industry is very attractive and promising to be developed. The BPS statistics (2016) reports that in 2015 the total population of Indonesia is 255 million inhabitant, 17% have accessed the internet, the number of families is 65.6 Million, 5.54% owns fixed telephones, 87% owns mobile phones, 36% has the opportunity to access internet. The growths of this sector is relatively stable from year-on-year and survive as a stable sector with the largest growth, 2011-2012 grew by more than 2% and down about 1% in 2013-2014.

The role of the internet especially with broadband services globally determines the growth of the national economy, as well as increasing labour productivity, especially for developing countries. This is in accordance with the results of research conducted to 120 countries that shows a positive effect of increased penetration of various telecommunications services, especially internet