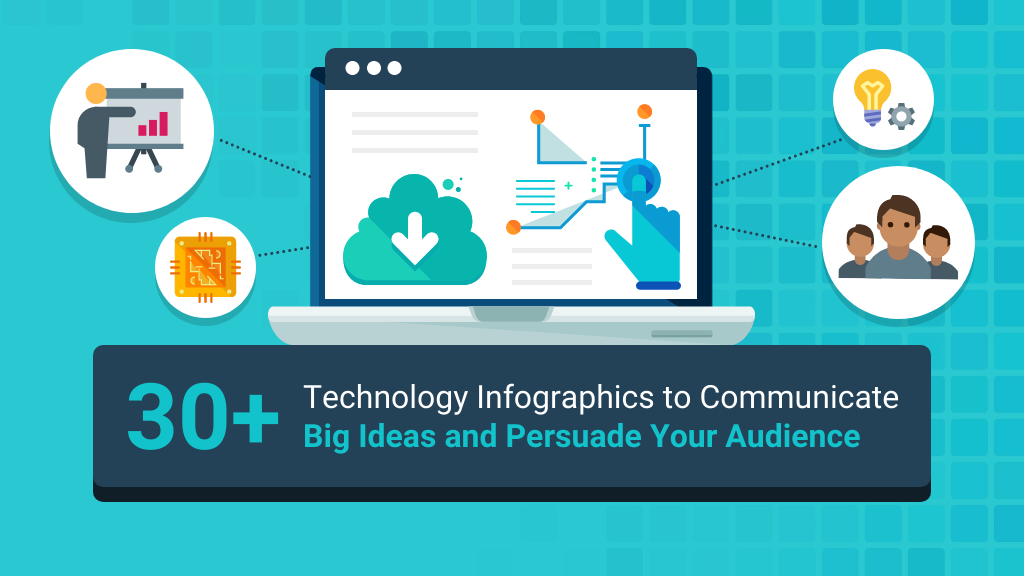 As diverse as technology itself is, the number of stories that can be told through technology infographics is just as diverse, regardless of whether they’re for internal audiences or created as part of a marketing infographic strategy.

The earliest advances in speech recognition focused mainly on the creation of vowel sounds, as the basis of a system that might also learn to interpret phonemes (the building blocks of speech) from nearby interlocutors.

These inventors were hampered by the technological context in which they lived, with only basic means at their disposal to invent a talking machine. Nonetheless, they provide important background to more recent innovations.

Dictation machines, pioneered by Thomas Edison in the late 19th century, were capable of recording speech and grew in popularity among doctors and secretaries with a lot of notes to take on a daily basis.

However, it was not until the 1950s that this line of inquiry would lead to genuine speech recognition. Up to this point, we see attempts at speech creation and recording, but not yet interpretation.

Audrey, a machine created by Bell Labs, could understand the digits 0–9, with